We and our partners use cookies to Store and/or access information on a device.We and our partners use data for Personalised ads and content, ad and content measurement, audience insights and product development.An example of data being processed may be a unique identifier stored in a cookie. Some of our partners may process your data as a part of their legitimate business interest without asking for consent. To view the purposes they believe they have legitimate interest for, or to object to this data processing use the vendor list link below. The consent submitted will only be used for data processing originating from this website. If you would like to change your settings or withdraw consent at any time, the link to do so is in our privacy policy accessible from our home page.

Start a Blog
by Matheka Matheka

In the business world, hosting provides space and resources for websites, servers, and other digital platforms. This can be done either by an individual with their own server or by a company that specializes in hosting services.

Hosting is a major business that generates billions of dollars each year. In 2017, the global hosting market was worth $185 billion, projected to grow to $278 billion by 2022.

There are hundreds of hosting companies all over the globe.

However, none of them can be as big as Newfold Digital (Formely Endurance International Group). You aren’t familiar with the company’s name?

Let’s have a look at everything you’ve to know about the Newfold Digital.

Bluehost is among the giants in the web hosting industry.

It was founded in 2003. With over 2.5 million domains hosted on their servers, they boast a large share of the hosting market. Bluehost ranks among the best 20 hosting companies globally. EIG acquired Bluehost in 2010.

HostGator has been among the fastest-growing companies in the hosting industry. Its customer base has been growing rapidly since its inception. At the moment, it boasts of hosting over 1 million websites. Endurance Internation group purchased HostGator in 2013.

One of the oldest web hosting providers in the world. iPage was founded in 1998, just a year after the EIG was formed. Over the 20 years, iPage has helped over 2 million costumes launch and scale their online business. It was acquired by the EIG in 2010.

During its expansion spree, the Newfold Digital went for the most promising markets in the world. One such place is India, where they acquired BigRock in 2014.

It’s easy to understand why. India has been on the rise in technology. Also, with an ever-increasing trend of blogging in India, they provide a large market for hosting services for a large population of over 1.2 billion.

Resellerclub is among the most well-known names in the Domain business and was established in 1998. In 2014, Resellerclub was sold to Newfold Digital & it’s widely regarded as one of the most sought-after companies by EIG.

After the purchase from Resellerclub, Newfold Digital launched HostGator India and Bluehost India.

The only downside is that instead of launching the Indian counterpart with the identical Infrastructure, the two companies started it with the same Infrastructure ResellerClub had.

However, they aren’t the only company to do so. Godaddy provides similar services. However, it’s easier to enjoy a large world market with several such companies.

Hence, Newfold Digital is among the leading web hosting providers in the world. Here is a list of hosting companies that were acquired by Newfold Digital:

The above names are available on trustworthy sites such as Wikipedia. Also, we’ve only highlighted companies focused on hosting and domain name registration.

EIG was founded in 1997. However, during the dot.com burst, they almost went bankrupt. EIG held their prices at a minimum to survive the dot-com bust and acquired leading brands.

Since 2013, EIG has been a publicly-traded company.

While EIG is among the leading web hosting service company, they’ve also experienced the biggest outages ever. In 2013, HostGator, Just host, Hostmonster and Bluehost had massive outages affecting customers.

in 2021, Endurance internatial group and BizLand merged with Web.com to form Newfold Digital, an IT services company specializing in web hosting.

Endurance has several independent brands, and all belong to the same parent company.

One issue with this is that if you’re looking at other hosting providers, they may be part of Endurance’s family. Therefore, conduct a little more research when switching to one of their hosting services.

Endurance International has so many brands that they’ve put an element on their site that filters hosting providers according to the parameters you select.

Endurance International is almost a company that is monopolistic, and that could be bad unless the company is excellent.

When there’s a monopoly, there is the option of staying in the company. There are a lot of solid competitors like the ones of Godaddy. They provide a strong challenge to Endurance’s dominance of hosting markets.

A quick look at Facebook and EIG reviews on sites such as Trustpilot paints a picture of poor hosting services. To the majority, this implies that any hosting provider under EIG provides quality hosting service.

Unfortunately, the same misconception is extended to new acquisitions. Some reviews are true, but EIG owns some of the most trusted and popular brands.

Some companies, such as Bluehost, are growing rapidly after their acquisition and are currently rated as top hosting by the official WordPress.org.

With the kinds of major hosting companies that Newfold Digital is home to, it’s easy to categorize the hosting firms into EIG and other brands that are not EIG.

Since I’ve already mentioned the most popular Endurance International group web hosting companies, I’m going to list the most popular hosting firms that are privately owned and not directly owned by Newfold Digital. 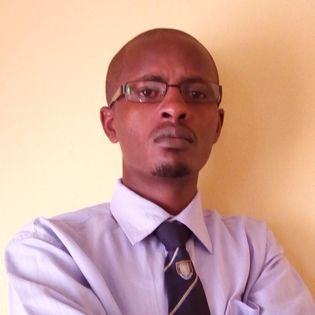 Creating a website on WordPress is so easy that a kid can do that by following a step-by-step guide.

Want To get notified for our important update. Subscribe US.

BloggingPlex is a free online resource where you can learn about blogging, WordPress, and SEO, as well as making money online.

Getresponse vs Convertkit: 10 Things You Should Know

HostPinnacle vs Kenya Web Experts 2021:Which one Wins?

Bluehost Review 2021[Why you Should Kickstart with Bluehost]

Connect To Our Socials